“What’s in the box? Another Man’s Trash, Literally” Vintage Utensils 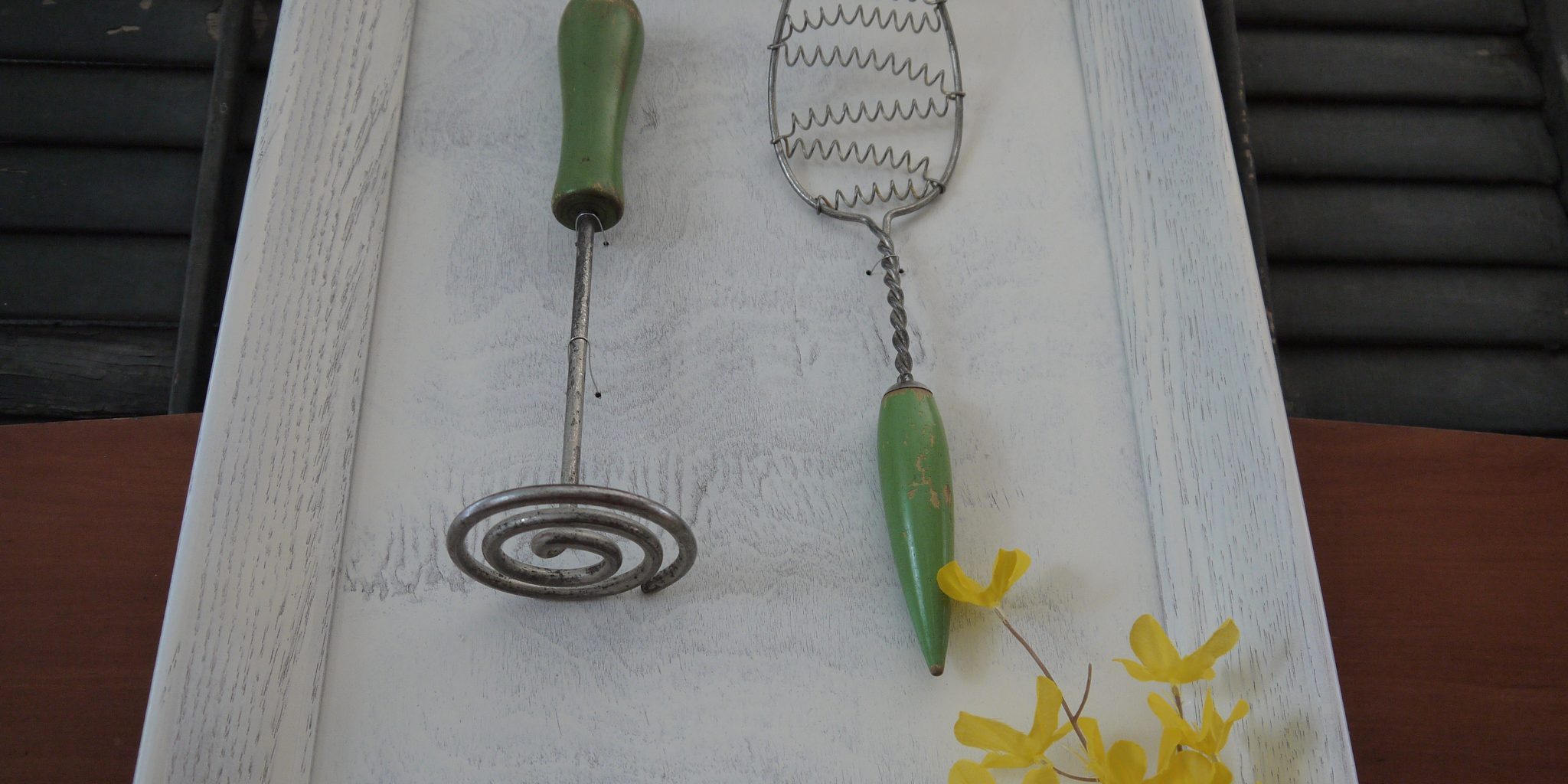 Let’s kick off Spring with the amazing story of turning vintage utensils into a great piece of art!!

I cannot believe it is spring already!!  We have been so bogged down with all this snow, wait I need to rephrase, what snow? We have had such a mild winter it feels like an extended autumn.  Let me tell one of my latest ideas and treasures, vintage utensils.

Since, the beginning of autumn Bryan and I have been “cooped” up in the house.  A few months ago Bryan, Mom and I went to a couple of yard sales in the area.  Mom successfully purchased new patio furniture and I picked up a few knick-knacks. After a few minutes of looking around, I thought we should move on to another sale.  As we were leaving Bryan spotted a chewed up box by the owner’s mailbox ready to be hauled away on garbage day.  Bryan yells, “Hey there! How much for the box?”  The owner reply’s, “five bucks”.  Well, enough said the transaction was made and the box was placed in the trunk and my curiosity was peaked.  What had Bryan seen the box to make him want it so badly?

“Hey there! How much for the box?”

After we got in the car I was super excited to look inside the box and much to my surprise all I saw was rust. “Rust, what the heck did you buy Bryan?”  “I have no idea, let’s take a look.”  After looking through the box, we found several vintage kitchen utensils, a meat grinder, a couple horse shoes and an awesome hand drill.  Bryan and I were so excited and our creative wheels started to turn.

I thought these pieces were pure rusty perfection.  A little while after our discovery we were at our Goodwill and I found three wood frames.  And that’s when the idea flew into my head, mounting the utensils in the frame.  So, a little help from Bryan and his new jigsaw, we outfitted the backs of the frames, stained it and I attached the utensils with thin wire.  After staining the backs to match the frame, I realized there was not enough depth and they were too one dimensional.  In a word they were “boring”. Something had  to be done to jazz these babies up.

I decided to spray the frames a creamy white and see if that gave the utensils a bit more pizzazz.  After the paint dried, the “rough” effect was already accomplished without me having to sand anything down.  I some people have overdone it with the “Farmhouse Chic” look but this style is the absolute best match up for these utensils.  I like decorating with multiple styles to really create a personal look, I even kept one of them for myself.

Now I have a way to display these little pieces of history that otherwise would go unnoticed in a bucket at the end of someone’s driveway.  Another man’s trash is literally another “woman’s” treasure.