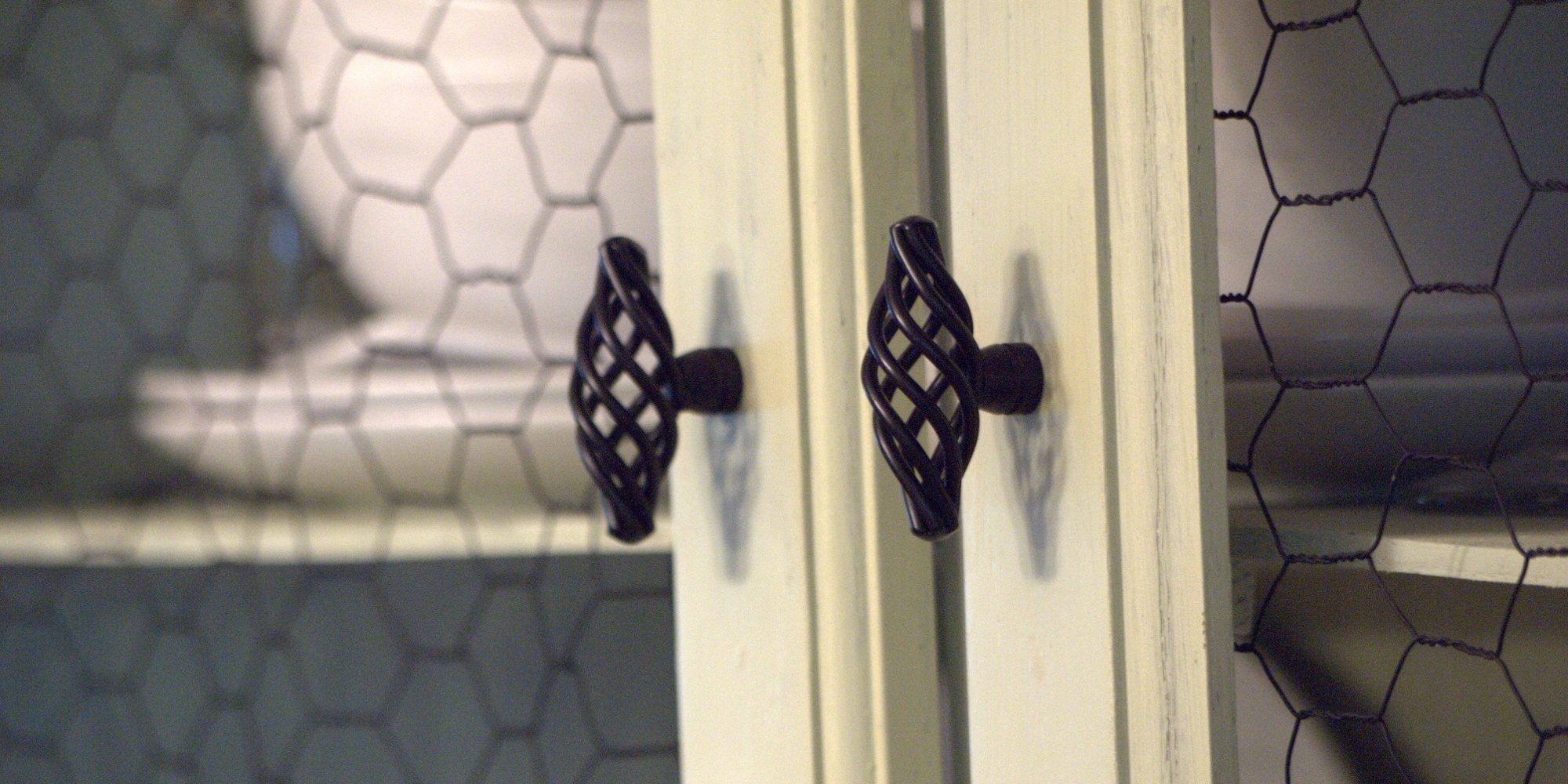 1975 called says they want their china cabinet back 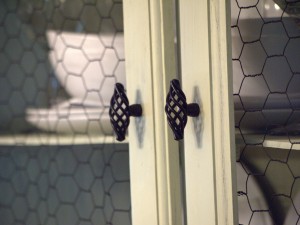 The first project we ever took on was an outdated cabinet.  As usual, this project was a bit longer than we expected.  The Dining room was looking sparse and we needed something to store dishes.  We first looked for servers but quickly found that china cabinets were everywhere on craigslist.

We found a promising ad advertising a hideous 1970s cabinet, but it had good bones.  It was the usual honey color of the time as well as the glass had a gold inlay that is nowhere close to accomplishing the task of making the cabinet look upscale.  We took a drive and met a very nice man in a storage center.  As with any craigslist buy, especially in a storage center, the thoughts of bad things came.  After assessing the nearest exit, we met the gentleman who turned out to be very nice.  He was cleaning out his father’s house who had recently become ill.  We said our goodbyes and best wishes and headed home.

After assessing the nearest exit, we met the gentleman who turned out to be very nice.

The pickup went well until the tailgate flew open on the highway.  Luckily nothing happened, we had a tie strap holding everything in, always have a backup plan when moving furniture.  We put the tailgate up after more than a few tries and made sure to tie it shut.  Luckily, we home with everything in one piece.

We started by disassembling everything and went to work.  Gosh, I hadn’t finished something since high school and hadn’t realized how long sanding can take.  We spend almost an entire day sanding down the cabinet.  We have since learned faster methods of removing polyurethane from furniture.  After sanding the thing down, we went to the store to buy paint.

Alexandra had worked with her parents refinishing a coffee table and used a dry brush method.  We took those plans and decided on an off-white base color with a green top.  We applied the base coat and the then the next day applied the top, then used a brush to give it a rustic look and didn’t worry about giving it a second coat.  Some of that off white is allowed to come through, but not enough to directly notice.

I then started looking at the hardware that came with it, but Alexandra had better ideas.  We changed from the common knocker style pull to a single wire weave pull.  These matched what we did next which was remove the ugly gold lined glass and replace it with a decorative lattice.  I say decorative in an effort to again upscale something low scale, although I believe this time the task was accomplished.  We purchased basic metal chicken wire, spray painted it black and stapled it on.  The piece looked great and we assembled everything, touched up the paint and drank a beer.

Well we thought it was going to take a weekend, it wound up taking 2 weekends plus many after work hours.  While it took a lot longer then we had expected, I hope you can agree that the shabby chic china cabinet came out great.  Sadly I don’t have any before pictures. 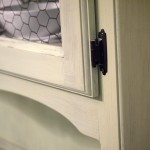 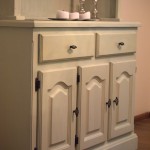 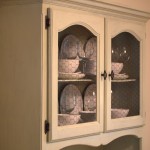 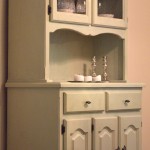